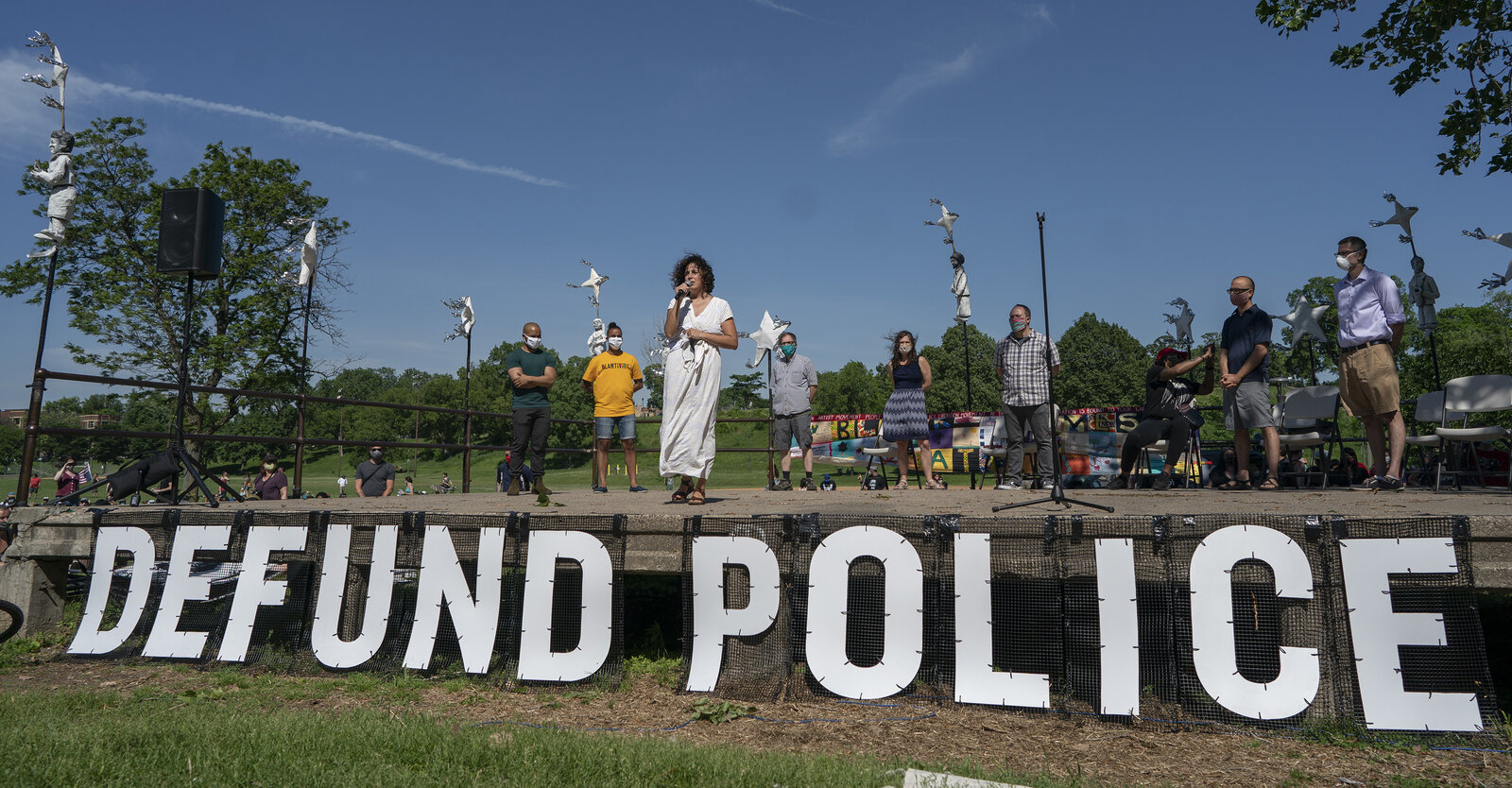 Alondra Cano, Minneapolis City Council Ward 9 representative, spoke to community members at “The Path Forward” meeting at Powderhorn Park, where she joined eight of her colleagues in announcing plans to disband the city police department.Jerry Holt/Star Tribune via Getty Images

Nine members of the Minneapolis City Council pledged their support for “dismantling” the city’s police department, representing a veto-proof majority of the 13 city council members.

The council members announced their position Sunday from the stage at a rally organized by black activists in response to the May 25 killing of George Floyd while in police custody.

“We will be taking intermediate steps toward ending the MPD through the budget process and other policy and budget decisions over the coming weeks and months,” council member Andrea Jenkins and council president Lisa Bender told the crowd at Powderhorn Park.

The lawmakers said there are still many details to be worked out about what a Minneapolis without police might look like.

A day earlier, Minneapolis Mayor Jacob Frey was roundly booed after he told a crowd of protesters he didn’t support dismantling the city’s police department.

That scene with the mayor, which was widely shared online, occurred during a march calling for the city to defund the police department.

Frey went to address the crowd, which had stopped near his home, and was asked by a speaker if he supported defunding the police department. In videos of the encounter, Frey is heard discussing systemic racism and reining in police unions. He is soon overwhelmed by a chant of “yes or no.” 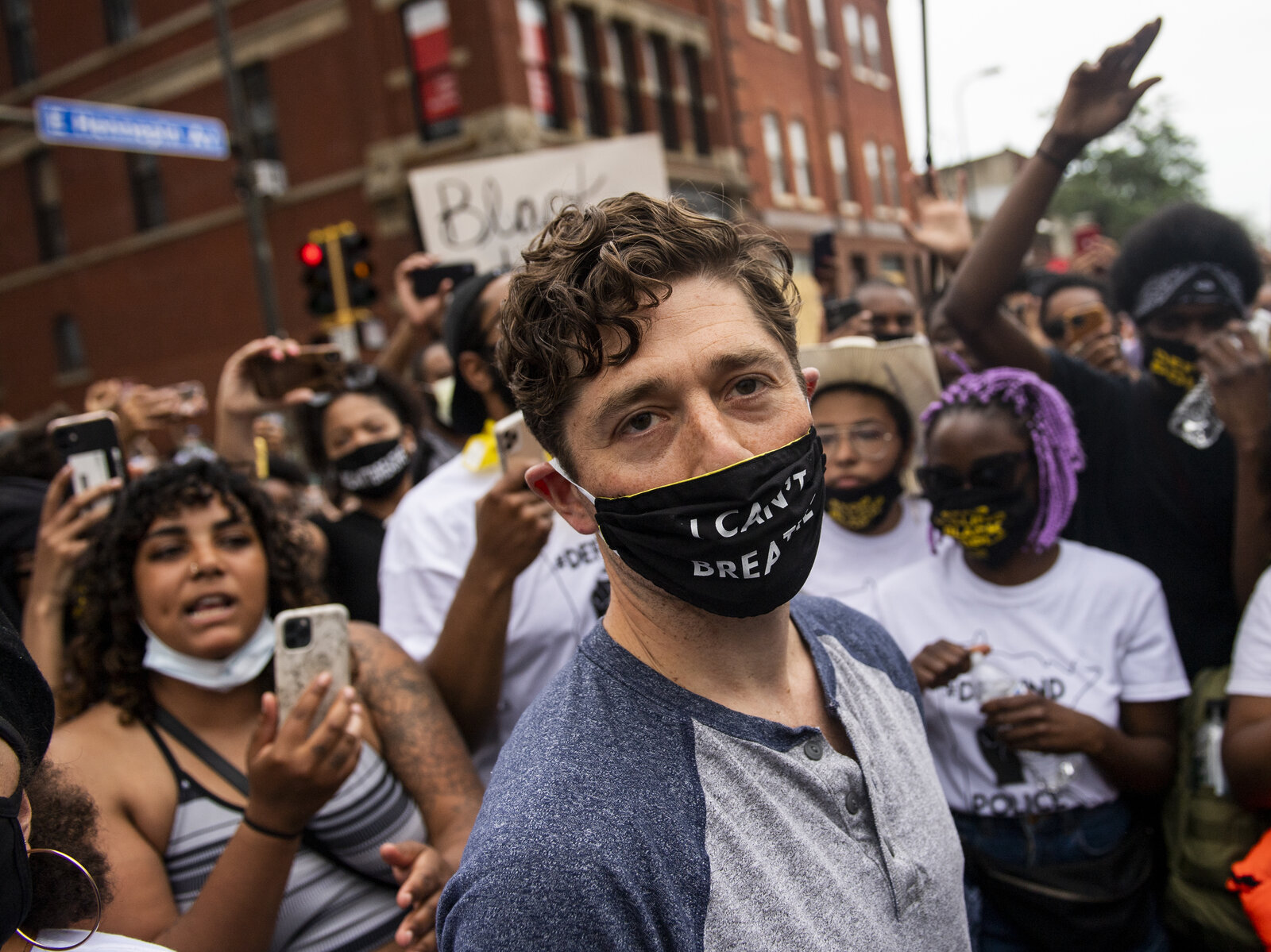 Minneapolis Mayor Jacob Frey leaves after speaking Saturday to demonstrators calling for the Minneapolis Police Department to be defunded. When asked whether he would agree to defund the police, Frey said no, and was then asked to leave the protest.Stephen Maturen/Getty Images

The speaker then matter-of-factly says to the mayor, “Jacob Frey, we have a yes or no question for you.”

Frey’s answer gets drowned out in most videos of the exchange. Though Minnesota Public Radio reported Frey answered in the negative.

“I am absolutely for a massive shift, a structural shift in how the police department functions, I’ll say it again. And as for abolishing the entire police department — no, I’m not, and I’ll be honest about that, too,” Frey said.

The throng then breaks out in cries of “Go home, Jacob. Go home.” Protesters can also be heard shouting “shame” as Frey is seen cutting through the crowd.

Calls to defund and dismantle police departments have gained traction since Floyd’s death at the hands of Minneapolis police. Several members of the Minneapolis City Council have recently taken up the campaign, among them Lisa Bender and Jeremiah Ellison.

“And when we’re done, we’re not simply gonna glue it back together. We are going to dramatically rethink how we approach public safety and emergency response. It’s really past due,” Ellison said in a tweet last week.

“We’ve all seen what happens when good people of good conscience say, ‘Let’s invest in diversity training,’ ” said Omar. “Let’s try to explain our humanity and make them see us as dignified people. Maybe that will stop them from killing us.”

Frey, a former civil rights attorney, was elected the city’s mayor in 2017, following an election where police reform proved a central issue.

On Friday, Frey signed a council-approved agreement to ban chokeholds and implement several other changes to police procedures. The reforms came after the state opened a civil rights investigation into the city’s police department.